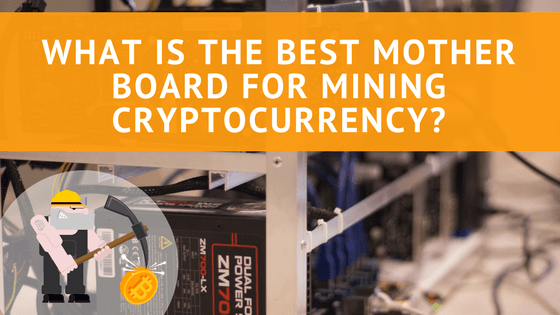 When creating a cryptocurrency mining rig, you must invest in a good motherboard to support the number of GPUs that you intend to use. Luckily, the market has many options to offer, and you will definitely find the best for your needs. Your focus should be on the GPU holding capacity and PCle slots as this matters most. Basically, people who intend to create an 8-GPU crypto mining rig should invest in an 8 PCle slots motherboard as it will also support 6 GPUs.

This article simplifies the search for you by reviewing only the best motherboard for mining cryptocurrency. We will look at 5 motherboards and focus on their main features to help you pinpoint the best for you.

You can never go wrong with the ASRock H110 Pro motherboard for ethereum mining. First, it is the successor of ASRock H81 Pro BTC model which is known for its great performance with crypto mining so you can only expect the best from it as it’s more improved. Second, it’s the best option for those looking to create bigger GPU rigs as it supports up to 13 GPUs.

Being able to assemble a 13-GPU rig means that you will save on components as you won’t need to have additional RAM module, HDD, and CPU. Again, you save space, and it is super convenient as you can easily unify everything instead of monitoring separate rigs.

Another thing is that the motherboard features more than one RAM & SATA ports and even though you might not need to use more than one of each, re-selling it becomes easier if you decide to stop GPU mining.

It also has reset buttons and an onboard power for added convenience.

So many people are now investing in Ethereum mining, and as such, getting GPUs is proving hard, and this might limit those willing to buy and use 13 GPUs. However, this is just a temporary problem, and it will disappear as soon as the hype on Crypto mining decreases.

The second limitation is on those who want to use Windows 10 as it only accepts up to 8 GPU’s from a similar architecture. Thus, investing in this motherboard means that you will have to either switch to Linux or have a mixed set of GPUs, say 8 AMD & 5 Nvidia.

H110 Pro BTC+ crypto mining motherboard is the best option as long as you have a way to deal with the above limitations.

The TB250 BTC PRO is another hardcore miners’ favorite crypto mining motherboard. It holds up to 12 GPUs and supports Intel Processor as well as DDR4 RAM. Also, both Nvidia and AMD cards will run smoothly for great output.

However, just as the above 13GPU motherboard, this one has limitations in that you are better off using it with Linux than Windows and if you have to use Windows, you can do so with some fixes.

This is a great motherboard for Ethereum mining rig creation, and you will enjoy good output.

This is the best crypto mining motherboard for people who wish to create their mining rig with 6 GPU. The ASRock 1066 LGA 1150 H81 motherboard handles any graphics cards, AMD or Nvidia, and this is great news for many people.

Again, on affordability, this motherboard is fairly affordable thus making even a better choice for those joining the field now or those on a tight budget. It supports DDR3 and the 4th Gen Intel Processor.

When it comes to functionality, this motherboard takes all the 6 GPU and doesn’t lose the efficiency. It is great for people who want to mine simultaneously, and the two extra four-pin power connectors offer more power for the graphics cards. This means that you will have stable voltages thus greatly reducing the risks of burning you cards or motherboard.

This might not be the best motherboard for hardcore miners, but it’s certainly the best for beginners and those who want to start with 6 GPU. The performance is excellent, and it’s worth buying.

The above H81 BTC motherboard is a great 6 GPU motherboard, but as it is with all these brands, sometime it won’t be available, and this is why I have included the Z270-A PRO because it makes a perfect alternative.

It is a great 6GPU mining motherboard, and drivers’ installation is super easy. It also supports both Nvidia and AMD so if you can’t find the first option above you will be safe with this. Again, if you are also into Zcash, Litecoin, Monero, etc., this will be a great choice for you.

It also supports Intel Processor and can be used with both Linux and Windows.

The Z170X-Gaming 6 motherboard was intended to be used purposely for gaming, but it’s now used by crypto miners widely because of its great features.

First, it holds up to 7 GPUs. Also, it supports 6th Gen Intel processors & 2 channel DDR4 RAM, and you will love the 3-way Graphics support. It also has dual PCIe connectors for up to 32Gb/s data transfer combined with 3 SATA express connectors (16Gb/s data transfer). These are just some of the features that have made miners invest in this motherboard.

It has all the features that any crypto miner would need and the design is also excellent. It works great with AMD and Nvidia graphics cards, and you can freely use it with Windows or Linux.

The motherboard is the base of your crypto mining rig. As such, just do your research right and invest in the best motherboard for mining CryptoCurrency to help you reach your mining target. Motherboards come in various price ranges so you will find one within your budget and you can get one with 6, 7,8,12, or 13 PCle slots, etc. 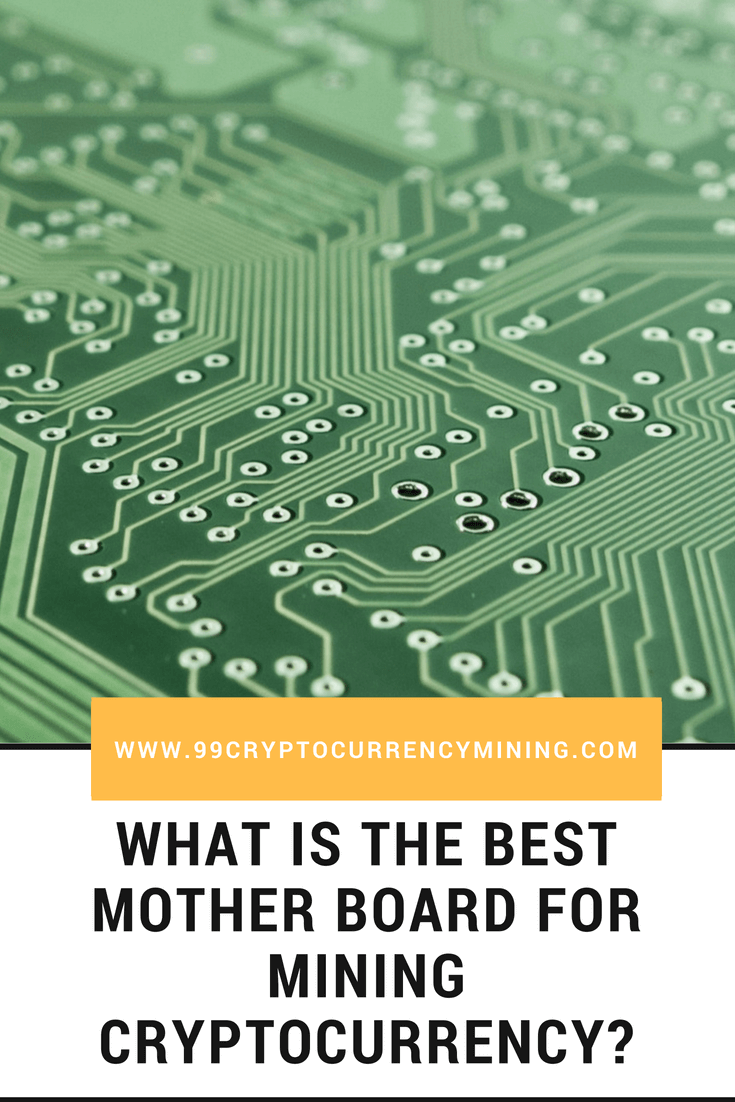 What is the Best GPU for Mining Monero?