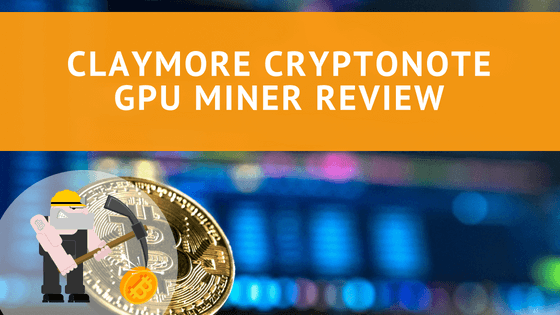 Claymore CryptoNote GPU Miner 11.6 is the latest version currently in use. The CryptoNote GPU miner is by Claymore to use with the AMD-based GPUs. These GPUs include all the popular models, like Radeon 280X, Radeon PULSE RX 580, and 7970.

You can also read more about some of the most popular GPUs in use in our detailed reviews of AMD RX 580 mining GPU and others.

What is Claymore CryptoNote GPU Miner?

Claymore CryptoNote GPU Miner is a dream come true for miners as it allows you to mine more than one cryptocurrencies using the same resources. You can mine Ethereum in a combination of any other cryptocurrency, most commonly Pascal, Decred, Siacoin, and Lbry.

The best thing is – the CryptoNote GPU miner do this without compromising the Ethereum hash rate or losing too much GPU efficiency. Even though the miner initially charged you a built-in fee of 1%, but the version 11.3 and other versions after that are completely free for users.

What Do You Need Before Getting Claymore CryptoNote GPU Miner?

The CryptoNote GPU Miner is made for mining rigs, but you can also use it with your PC.

Here is our detailed guide on how to build an Ethereum mining rig for best performance.

Simply put, the answer is to earn more, by optimizing your rig’s performance to the optimum level. 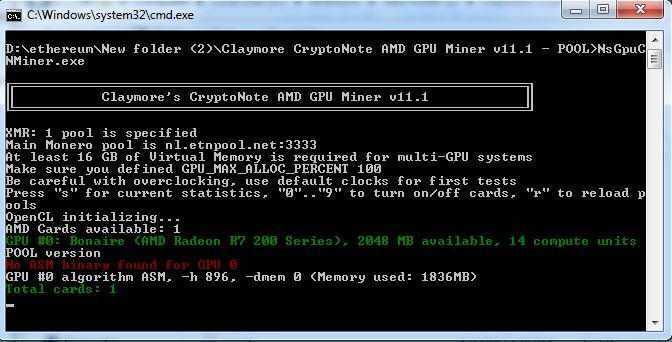 The CryptoNote GPU Miner for Windows and Linux optimizes your CPU or mining rig performance for high speed and better hashrate, so much that it allows you to mine two cryptocurrencies at the same time.

This miner works with CryptoNight and CryptoNote algorithms that are compatible with AMD GPUs.

Compatibility: The latest version we are talking about here is compatible with all popular AMD GPU series that include:

You also need to make sure that you are also using at least one GB of VRAM with this miner.

The CryptoNote GPU Miner is also compatible with Linux 64 bit and Windows 64 bit operating systems. If you have the 32 bit OS, you need to upgrade your OS to 64 bit.

Optimizing the Performance of Your Rig with CryptoNote GPU Miner

If you are using it for a rig that contains more than two GPUs, set a Virtual Memory size parameter to at least 16GB for Windows to make sure the miner offers you best results.

The latest version also makes it better by removing the 1% fee, which was charged in previous versions. It also now features “-pow7” option that allows you to Monero hardfork as well.

The upgrade version also optimizes your CPU performance by creating less burden for it compared to previous versions, especially for the rigs and CPUs with several GPUs.

If you are mining Ethereum, why not mine another cryptocurrency at the same time, without sacrificing your rig’s performance and Ethereum hash rate? But, is it possible? Yes, it is.

The Claymore CryptoNote GPU Miner is designed for this purpose, so why not try it if you already have AMD GPUs?