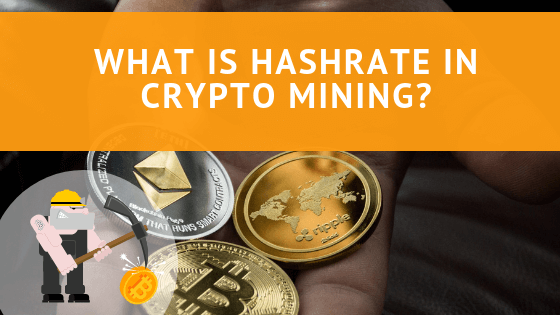 If you are familiar to the world of cryptocurrency, then you would’ve certainly heard many times that the hashrate or hash power of a cryptocurrency has increased or decreased. Have you ever wondered what is hashrate and what it actually means?

Whether crypto mining is your business or a hobby, it is important for you to understand what is hashrate and what is its significance. Knowledge about hashrate can help you make the right decisions and boost your chances of success as a miner.

In this article, we will discuss what is hashrate and what is the impact of hashrate on profitability.

Hashrate is the number of calculations that the mining hardware like GPU performs every second. It is the primary tool to measure the performance of a miner.

Actually, crypto mining is a process of finding blocks by solving complex math problems. The miners have to solve these problems in a particular sequence to seal off the blocks.

To solve a problem, the mining machine needs to be fast and efficient enough to make millions of guesses every second.

In mining terms, the miner needs to be below or equal to “target” when hashing the block’s header to mine a block successfully. A target is a 256-bit number that changes every time a change occurs in difficulty.

The miners try different nonces (the variable parts of the math problems) to find a hash below the target.

A nonce is actually a 32-bit arbitrary random number that is typically used only once. It starts from ‘0’ and is increased every time until one that results in a hash under the target is found.

So how do you measure hashrate? Hash per second or h/s. In simple words, if you have a mining rig with a hash rate of 60 h/s, this means your machine is capable of making 60 guesses a second. The higher the hash rate it offers, the more powerful your mining rig is.

In addition, the hash rate of the same machine may also vary based on the cryptocurrency you are mining.

Hashrate, Reward, and Difficulty: How They Relate to Each Other?

There is a strong relationship among the hashrate, miner’s profits, and difficulty and each is dependent on others in many ways.

For instance, we take the example of bitcoin. Whenever the difficulty of Bitcoin network increases, the miners need more hashrate to find the blocks. In return, they receive the reward of 12.5 bitcoins plus the transaction fees of the last ten minutes.

Actually, the difficulty goes up with an increase in the number of miners on the Bitcoin network. The higher the difficulty is, the more the hash power would the mining machine need to compute more guesses per second to solve the problem.

What is the Impact of Electricity Costs on Miner’s Profitability?

The profitability is calculated while taking into account the electricity costs linked with the mining equipment. It is known as the efficiency of the miner.

The electricity cost increases every time the difficulty increases. So, the more electricity you will burn, the more you have a chance to add blocks for rewards. This is why when buying GPUs or other mining hardware, you must look into the hashrate/power consumption ratio to calculate profitability.

Therefore, the hashrate is a critical factor to consider when mining. However, your success as a miner is more dependent on your efficiency.